Symptoms and Treatment of Stroke 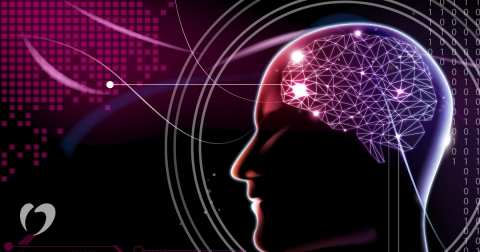 A stroke occurs when blood flow is obstructed to the brain, which means that no oxygen gets to part of the brain and brain cells die. In the United States, there are about 795,000 new strokes each year. Worldwide, stroke is the second leading cause of death.

While are numerous risk factors for stroke, there are two ways that blood can be cut off from the brain — by a blood clot that blocks an artery or by an artery that ruptures and causes bleeding. Between 70 and 80 percent of strokes are caused by a blocked artery and 20 to 30 percent are caused by bleeding. Blood clots may originate from plaque in the artery breaking off and causing a blockage, or they may originate from other areas of the body and travel to the brain.

Time is a significant factor in treating a patient who suffers a stroke. It’s estimated that as many as two million brain cells die every minute that the brain is deprived of oxygen. The severity of a stroke and how much of the brain is affected depends on how long the brain is without blood. If a blockage occurs in a small blood vessel, the damage will be less than a larger artery that is blocked for a longer period of time.

To help assess if someone is having a stroke, use the acronym FAST.

If you suspect someone is having a stroke, call 911 immediately, as every minute counts during a stroke. Doctors can diagnose a stroke using either an MRI or a CT scan to look for bleeding or scar tissue that has previously formed. If emergency physicians determine the stroke is related to blocked arteries, they can use blood thinners or a procedure to remove any blood clots to allow for regular blood flow to the brain. If the stroke is due to bleeding, medications can help reduce the bleeding in the brain or surgery can repair the artery. The Oklahoma Heart Hospital has a stroke code team and specific protocols in place for emergency action if a patient has a stroke while being cared for at the hospital.

Long-term effects of a stroke depend on how long blood supply to the brain was blocked and where in the brain the stroke occurred. Some people have no lasting effects, whereas others lose important brain function, such as speech or muscle control over certain parts of the body. Other possible effects include memory loss, difficulty thinking or understanding, loss of sensation, personality changes, or depression.

Treatment and recovery from stroke is targeted toward regaining any lost functions, which may include speech therapy to improve speech, physical therapy to regain strength, and occupational therapy to help re-learn important tasks for daily life.

People with certain cardiovascular conditions, including atrial fibrillation and carotid artery disease, have an increased risk of stroke. Contact the Oklahoma Heart Hospital for more information on treatment of these diseases and ways to reduce the risk of stroke.