How Excess Weight Affects Your Heart Health
Posted on November 16th, 2016
Most people are aware that being overweight increases the risk for health problems, including heart disease, high blood pressure, stroke, diabetes, and more. But what exactly is happening in the body that increases that risk? And what steps can you take to reduce your overall risk?   The percentage of adults in America who are overweight or obese has continued to rise in recent years with... Read More

The Link Between Obesity and Atrial Fibrillation
Posted on November 6th, 2016
Obesity rates in the United States continue to increase with about 35% of adults now classified as obese according to the Centers for Disease Control (CDC). Obesity increases the risk of heart disease, stroke, type 2 diabetes, and some types of cancer. Obesity also increases the risk of atrial fibrillation, a type of irregular heart rhythm. While AFib on its own is not generally a life... Read More

Diagnosis and Treatment of Premature Ventricular Contractions
Posted on September 15th, 2016
Premature ventricular contractions are extra beats that occur in the lower chambers of the heart, or ventricles. Patients often describe them as feeling like a very hard heartbeat followed by a missed beat, or like a fluttering or pounding in their chest. While not typically life-threatening on their own, frequent premature ventricular contractions can affect the heart’s overall function if... Read More

What to Expect When Getting a Pacemaker
Posted on June 15th, 2016
For patients with slow or abnormal heart rhythms, a pacemaker can be a life-changing device that helps them return to normal daily activity and normal energy levels. The procedure to place a pacemaker is relatively simple and begins with the doctor making a small incision about an inch long in the chest. The wires (leads) are placed through the incision and guided to the heart muscle through a... Read More

An Overview of Pacemakers
Posted on June 1st, 2016
As you go through a normal day of walking around, taking the stairs, or lifting something heavy, your body makes adjustments to better accomplish each task. For example, your heart rate increases in order to pump more blood to your body as you begin an activity. But if you have a slow or abnormal heart rhythm, the heart doesn’t adequately respond to the situation, which can leave you... Read More 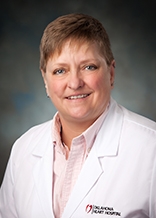 Clark Joins Oklahoma Heart Hospital Clinic in Lawton
Posted on March 22nd, 2016
LAWTON, Okla. (March 22, 2016) - When Dr. Karen Clark was deciding her career path nearly 30 years ago, she was called to the field of medicine where she could combine her fascination of physiology and human anatomy with her love of helping people.   Clark brings her passion for people and science to her new role as a board-certified cardiologist at Oklahoma Heart Hospital’s clinic... Read More

Catheter Ablation: What Patients Need to Know
Posted on February 15th, 2016
A catheter ablation is a procedure used to treat a variety of heart arrhythmias, including atrial flutter, atrial fibrillation, premature ventricular contractions, ventricular tachycardia and more. For some life-threatening arrhythmias, ablation is scheduled as soon as possible after diagnosis. For other less severe arrhythmias, medication may be recommended first and ablation second.  For... Read More

Catheter Ablation: A Life-Changing Procedure for Many
Posted on February 1st, 2016
At Oklahoma Heart Hospital, electrophysiologists are changing lives when they perform catheter ablations, a procedure used to treat a variety of heart arrhythmias. Ablation is effective at treating the vast majority of arrhythmias, ranging from atrial flutter and atrial fibrillation to premature ventricular contractions and ventricular tachycardia. Following a successful ablation procedure,... Read More